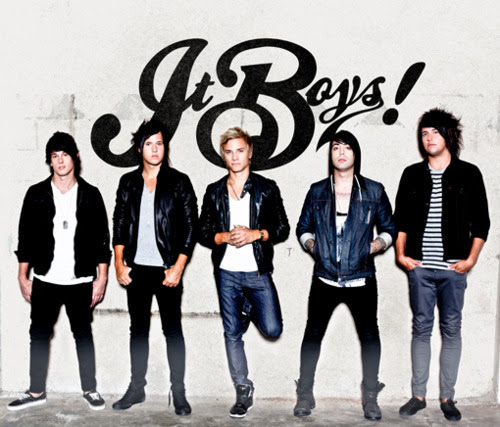 The infectious "Guys Don't Like Me" is the UK debut single from LA pop-rockers It Boys!, who have just signed on with the same agent as JLS, The Wanted, One Direction and McFly in antecipation of a string of UK live dates to be announced shortly. Across the Atlantic the guys toured nonstop through 2011, appearing alongside the likes of Jeffree Star, Dev, Carolina Liar and in the Vans Warped Tour.
Their full length debut album is in the process of being wrapped up and will be released this summer. Whilst "Guys" is great fun and they're definitely the new "It" act for those partial to some guyliner rock (as I am), I do hope their album shows a diverse range of genres and serves up some less derivative fare.